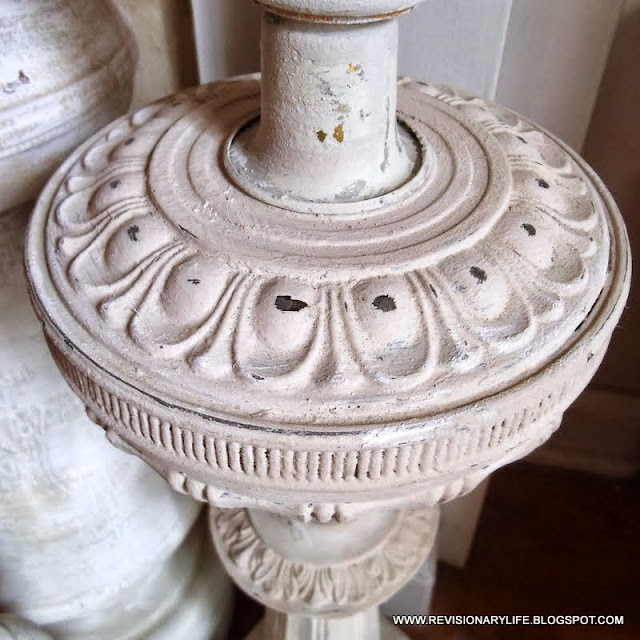 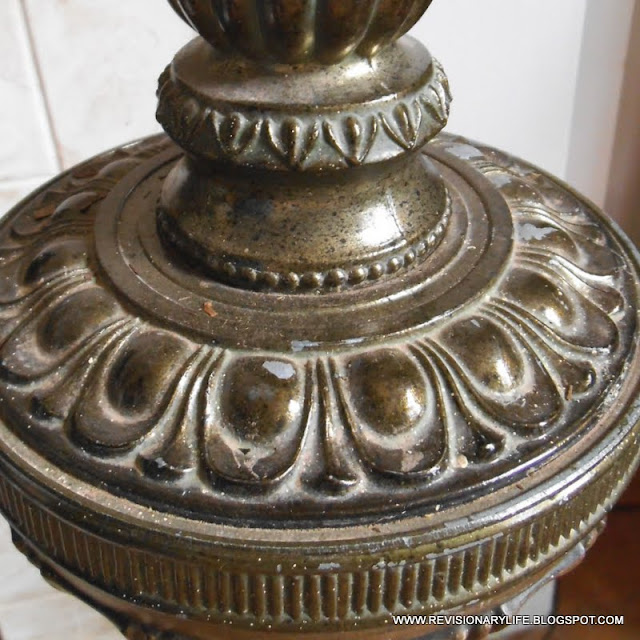 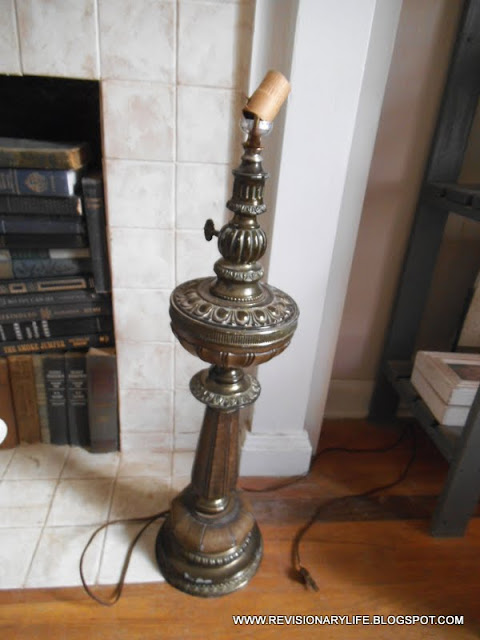 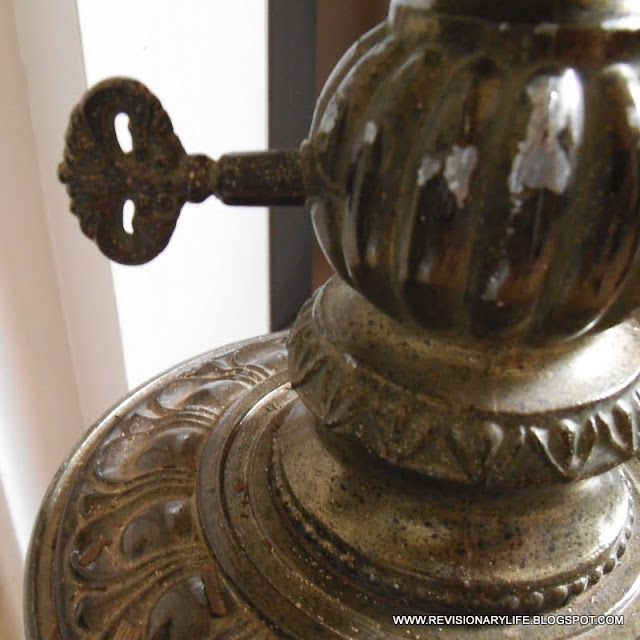 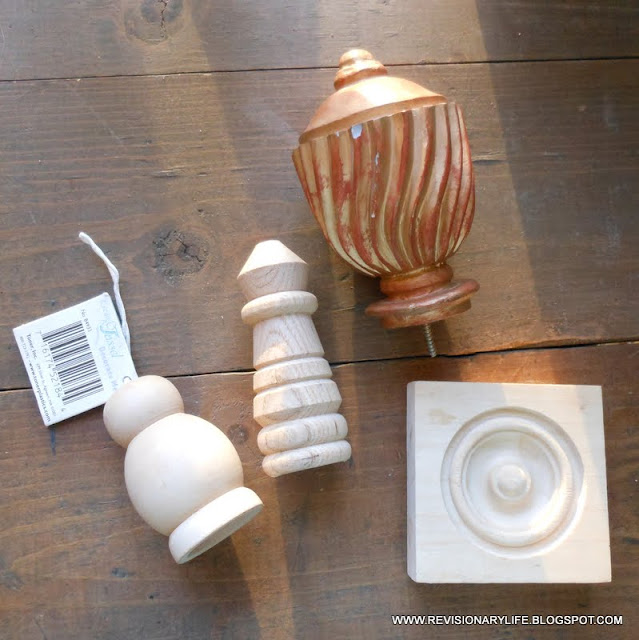 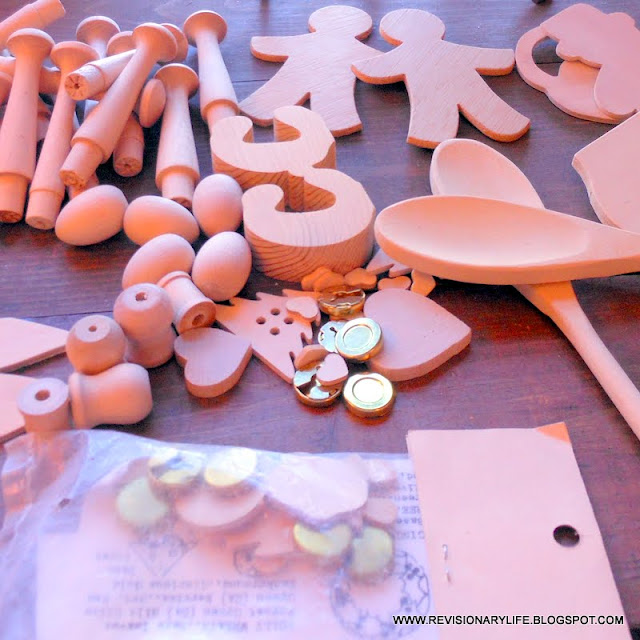 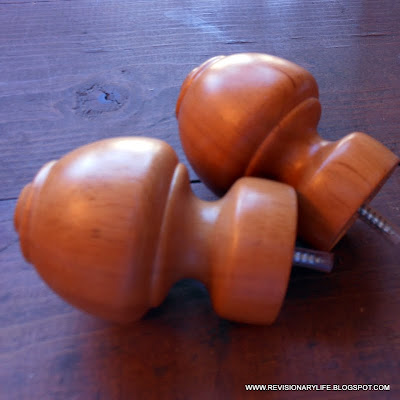 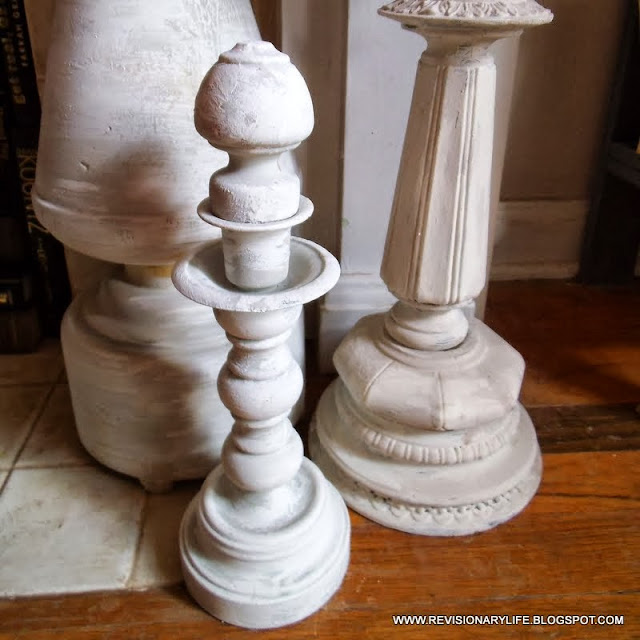 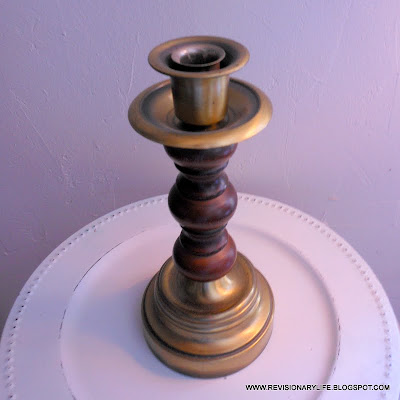 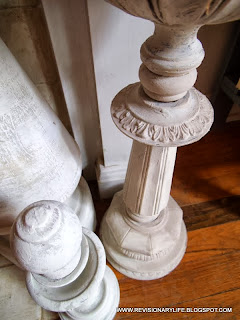 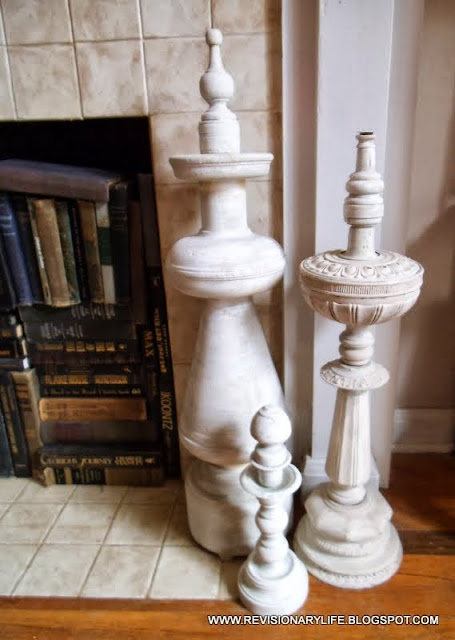 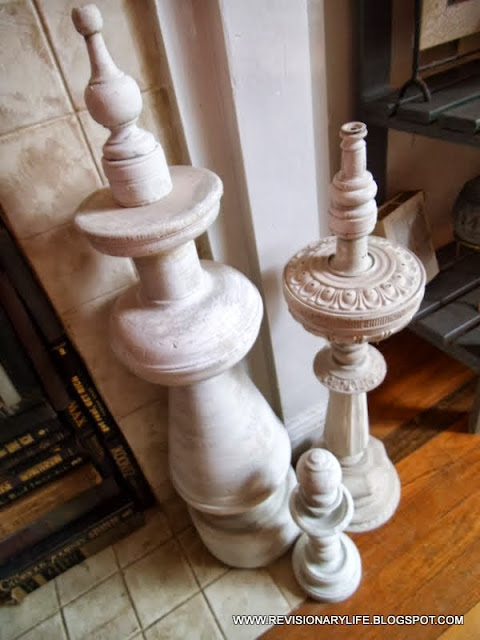 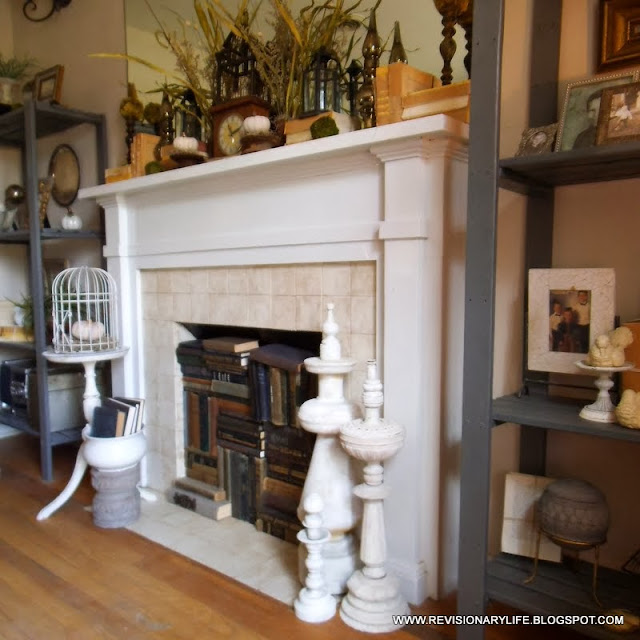 Wow, that made a great finial. I myself love finials, but I only have
3 small ones. These all looked great on your fireplace.
Thanks for sharing.
Blessings, Nellie

these are so clever, revi! love them! happy weekend!

This is one of the colest ideas. Totally re-transformed. Very unique and grouping looks great by the fireplace

Hi Revi! What a great idea! Love how you put this look together with found pieces. Well done! Catherine

Love it! What a great idea! I am a new follower and would love if you could follow back.http://churchstreetdesigns.blogspot.com/

I love what you did with them and how you used it in your decorating! Gorgeous!

I love them! Great idea and write up my alley... I love to revamp lamps!
Susan

They look lovely. Thanks for sharing at Silver Pennies Sundays! x

I have the perfect finial for you! Seriously, It has a screw and all and I bet it would fit!! It would go perfectly with the lamp, which is ingenius BTW!

email me and I'll mail it to you.