A while back, I showed you a nativity I found at a really good garage sale in my neighborhood! I found lots of things I loved that day, but today's post is all about the nativity. 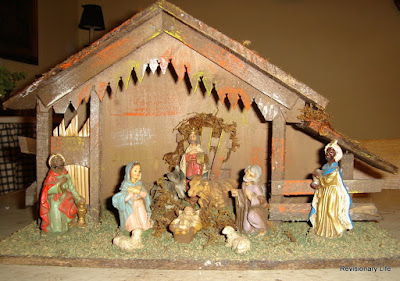 On the down side, it has some pretty strangely-colored painted accents on it. They almost look like they'd glow in the dark! When I saw it, I decided I'd cover them in browns and whites, so that's what I'm doing today. Here are some before shots: 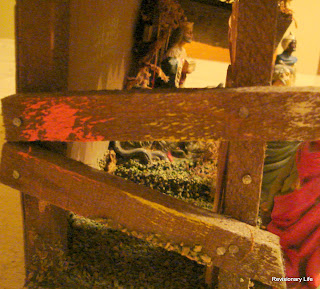 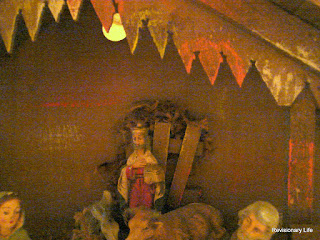 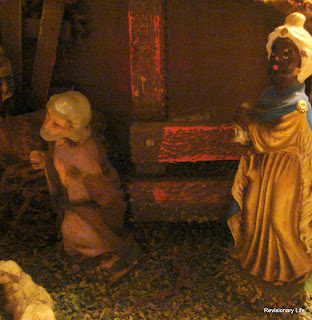 Here it is again with touch-ups in neutral colors: 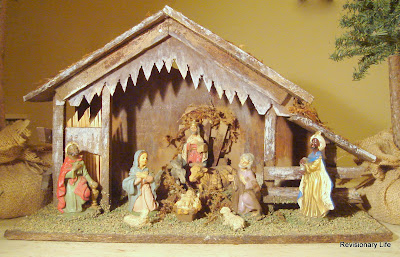 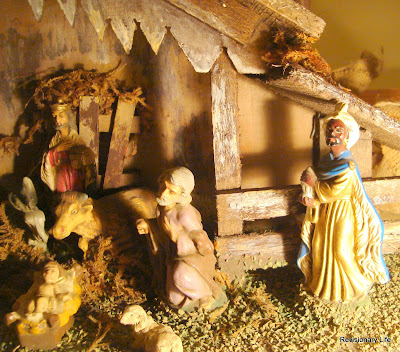 Once again, PAINT to the rescue! The distracting bright orange and yellow "highlights" are gone. This allows the emphasis to be on the figures in the nativity, just as it should be.


Word for the day:


1 In those days Caesar Augustus issued a decree that a census should be taken of the entire Roman world. 2 (This was the first census that took place while Quirinius was governor of Syria.) 3 And everyone went to his own town to register.

4 So Joseph also went up from the town of Nazareth in Galilee to Judea, to Bethlehem the town of David, because he belonged to the house and line of David. 5 He went there to register with Mary, who was pledged to be married to him and was expecting a child. 6While they were there, the time came for the baby to be born, 7 and she gave birth to her firstborn, a son. She wrapped him in cloths and placed him in a manger, because there was no room for them in the inn.
May you find many opportunities during this very busy time, as you make preparations to celebrate with loved ones, to reflect on the true reason for the season!
-Revi