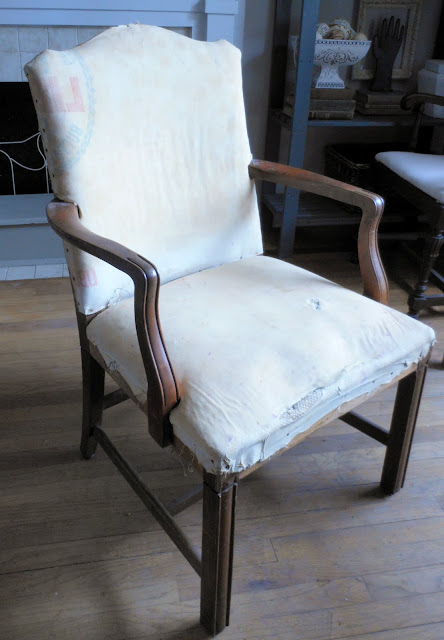 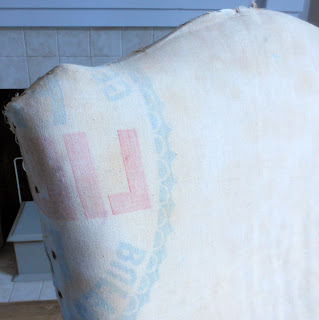 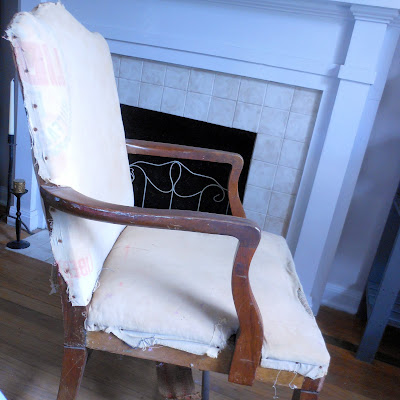 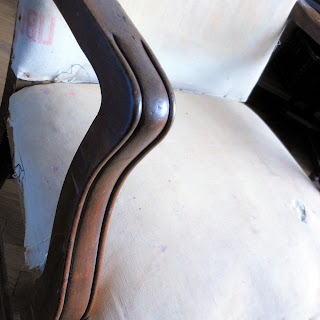 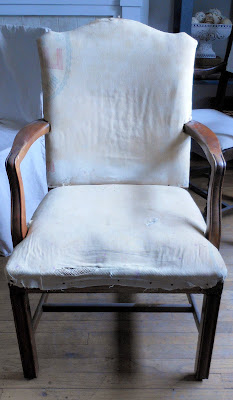 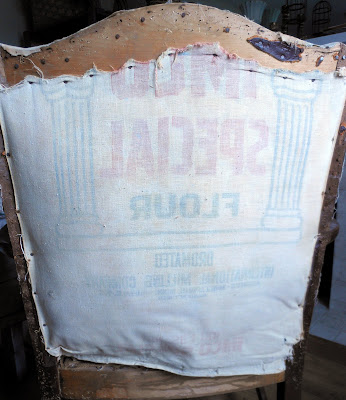 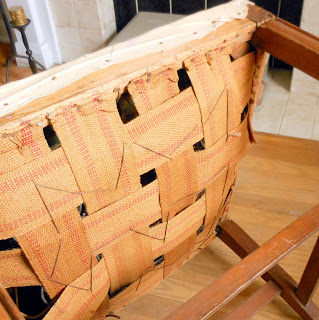 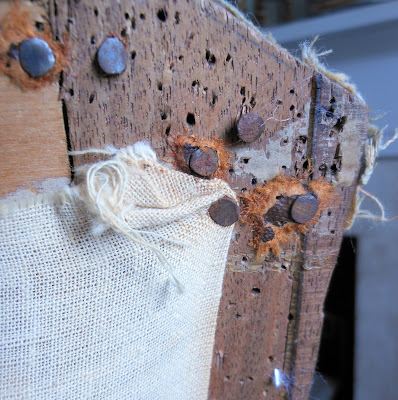 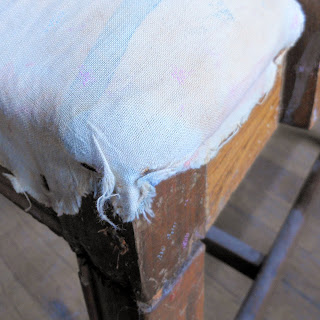 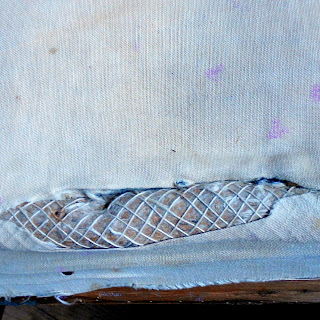 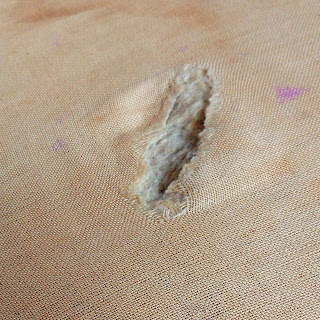 Do You Know What This Is? 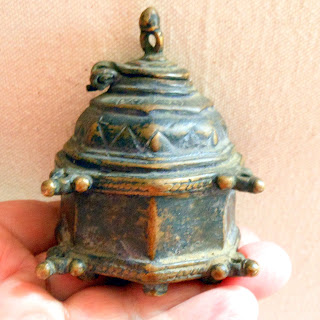 On my way home from work last Friday, I saw an indoor sale.
It was on my way home, so I decided to check it out. 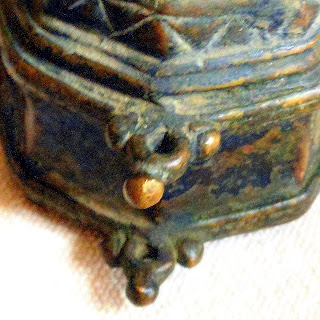 It was in the home of a graphic designer and jewelry-maker.
She had some lovely things, but most were beyond
my cheapskate budget. I did, however decide to spend
five dollars on this interesting little piece. 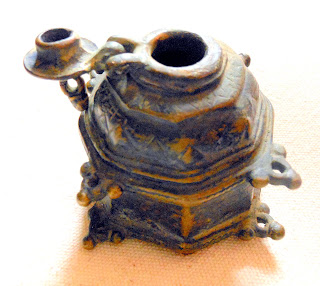 It looks old. Most surely it's from India or Europe and not American-made. 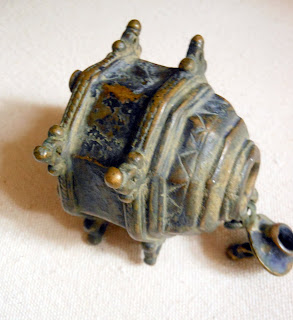 It's either brass or bronze, with an attached lid
that appears to have a blue residue on it.
The previous owner suggested it might be an inkwell. 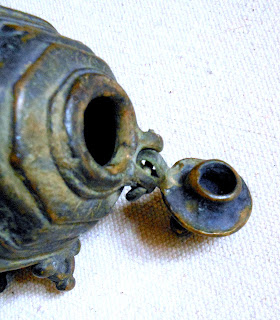 Even the bottom is lovely, with multiple feet. 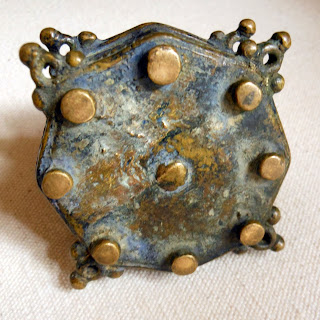 Have you ever seen anything like this?
Please let me know if you have.

Even if I don't know what it is, it has a lovely patina
that suggests it has been useful.
I will find a place of honor for it
among my other disowned an outcast objects.

Luke 14:7-11
7 When he noticed how the guests picked the places of honor at the table, he told them this parable: 8 “When someone invites you to a wedding feast, do not take the place of honor, for a person more distinguished than you may have been invited. 9 If so, the host who invited both of you will come and say to you, ‘Give this man your seat.’ Then, humiliated, you will have to take the least important place. 10 But when you are invited, take the lowest place, so that when your host comes, he will say to you, ‘Friend, move up to a better place.’ Then you will be honored in the presence of all your fellow guests. 11 For everyone who exalts himself will be humbled, and he who humbles himself will be exalted.”

May we always be able to delay
our honor so we may be
honored by the only one who matters.
-Revi